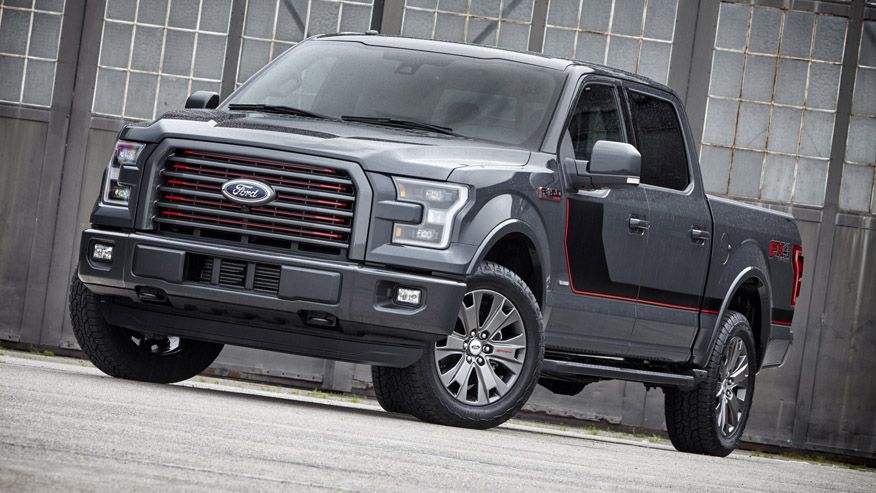 After the Diamondback’s thrilling home opener against the Giants (in which they walked-off on what was San Francisco’s brand new closer who was signed to help their lagging bullpen in 2016’s season) we thought we would make a quick and fun list of some of the stars of our local MLB team – this time envisioned as their automobile equivalents.

So without further ado, here are the three starters on the D-Backs, and the vehicles we think best represent them.

Goldschmidt, or “Goldie” as he’s more informally referred to, is the reliable backbone of the D-Back’s batting order. He can do it all day in and day out, no matter what the demands of the job, and you know he’ll be ready to roll the very next day. Goldschmidt came up in the Diamondback organization and, much like a lot of F-150 owners, generally lament the decision to give up their prized older-model workhorse just for the sake of a younger – or newer – model.

If this situation sounds familiar to Goldschmidt, it’s because his contract with the Diamondbacks is close to ending, where perhaps he’ll sign with a new team as the D-Backs may look to get younger and may not be able to afford what will surely be a windfall contract for the first baseman.

Like many used supercars, Greinke came to Phoenix from Los Angeles, perhaps with his better years behind him. What comes with a high price tag also includes the risks of inconsistent reliability (Greinke posted one of his worst statistical years in 2016 before being injured) as a vehicle of this caliber begins to age.

And by the time many supercar owners face the music and decide it’s time to sell, depreciation will surely have taken its toll on what was likely a frivolous investment. Is it better to hold onto it, or try to get something back for your purchase?

Like the M5, BMW’s sport-tuned sedan, A.J. Pollock is good at pretty much everything, and still has the functionality of carrying up to five people – or the top of the Diamondback’s batting order – while he’s at it. A guy to build the team around, a good centerfielder like Pollock is a rite of passage in the same way owning a M5 might be for serious auto enthusiasts.

At the Auto Shop, we take pride in our local community. Phoenix is fortunate to have a baseball team like the Diamondbacks, and as summer approaches you can bet we’ll be taking in the baseball season along with everyone else in the Valley of the Sun.

And when it comes to car care, vehicle maintenance such as oil changes and fleet maintenance services, along with any other auto repair service in Phoenix, give The Auto Shop a call at (602) 256-6164 today!